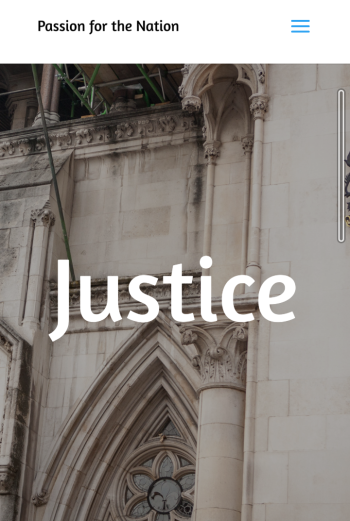 by Suzanne Ferrett of Passion for the Nation | Dec 2, 2021 | Government, Justice

Even as the landmark abortion case goes before the Supreme Court in the US, and as various nations bring in mandatory measures, we acknowledge the changing situations around us, the opportunities for the Kingdom in some, and the complexities involved in others.:

Jesus, we come into agreement with our spiritual family in the United States of America and we declare, “It is time for a historic, spiritual awakening within Great Britain and America that will lead to a great harvest of souls” (The Call – Lou Engle- 2018).

We declare this is the time for a Turning of every ungodly law and precedent set, for Revival to be released, lives healed and for the Kingdom of God to come in all its fullness.

Concerning the United Kingdom, we thank Him for every aspect of Godly inheritance within our land. We thank Him for Kingdom foundations within our government, justice systems and many aspects of our society. We praise and thank Him for the freedoms which, based upon His Word, have also been our inheritance, encompassed in our laws and impacted the world. In this season of the impossible becoming possible, we declare that which we have seen in the past season of Kingdom influence in this nation is only a shadow of what He desires for our future.

We repent of every law and interpretation of the law that has resulted in the destruction of the life of unborn children. We appeal to Him that any judgment against us will be reversed as we cry out for His mercy. We decree and declare according to His Word the revelation that life is created by Him, and that life begins in the womb will become evident, accepted and voiced by society. (Psalm 133:13; Luke 1:44)

As the Ecclesia in this nation, we decree and declare the laws of this land will come into alignment with His Laws and Statutes, and the fullness of His Word.

We decree a turning of every ungodly precedent set specifically over the sanctity of human life, that this nation will be positioned for blessing in the days ahead.

We decree this nation will live by the Truth and in the light of the Truth, and in the Name of Jesus, that the power of the Gospel and the revelation of Jesus Christ, will again become the building blocks upon which society builds.

“He will be a spirit of justice to the one who sits in judgment, a source of strength to those who turn back the battle at the gate.”