We watch few YouTube items but, after seeing our church’s fortnightly Encounters With Jesus yesterday evening, up popped another video broadcast that same day. Seeing  it’s very brief, I let it run and was very glad I did so because it’s a true gem from Robin D Bullock:

Robin claims not to have intended talking on this topic, but the Lord gave him the go-ahead on revealing that the immense spiritual battle left the heavens on 6th January and dropped onto the ground!! 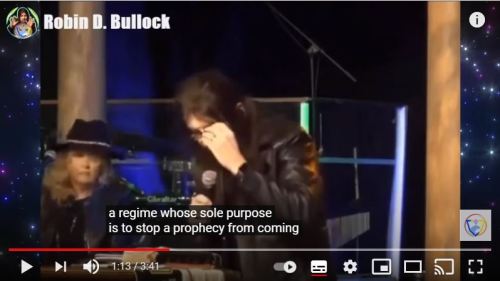 He states there’s no true administration in the White House or the Capitol, but only a regime, “Whose sole purpose is to stop prophecy coming to pass!”

Robin proceeds to liken current events to the time Samuel told king Saul his anointing as king has been removed by the Lord but he continued in power for a while (1Sam 15) and his purpose was to stop that prophecy from happening. 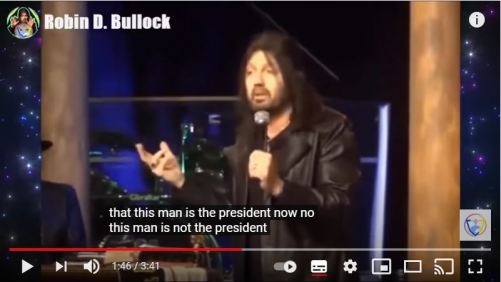 Upon hearing those words about the satanic strategem behind Biden’s time, I realised that explains why American churches got into a ginormous flap over apparently ‘false’ prophecies of Donald Trump remaining in office!  Some supposed prophets there even produced a lengthy document on agreed standards under which prophecy should be delivered! (A large number of prophetical folk I know in UK, raised serious objections to the ungodly spirit of control behind that paper. Eg, Veronika West is rightly forthright in not accepting its excessive terms!)