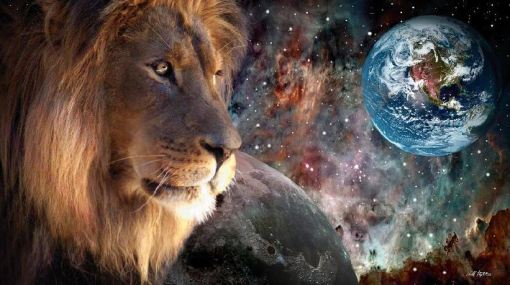 This word delivered by Leisa Ebere and transcribed by Carolyn Stewart is one of several received over the cusp of January-February, and like all others is to be weighed and discerned with the Lord. Leisa writes:

‘The Lord gave me this Powerful Word at the Apostolic Symposium which was recently conducted by the Prophetic and Apostolic Alliance on 29/01/18. We had a large group of ministers that attended the symposium event from varying churches and ministries, all hungry for the Move of God’s Spirit.  I believe the Lord wants this Word further released to the Body of Christ as He is commissioning his Body of Believers for the next Great Move of His Spirit upon the Earth!  To God be the Glory.’

The Lord would say,

“Behold, behold the word of the Lord. For surely I am stirring up in this hour strange and unusual things to confound the wise.”  And the Lord says, “There is a great wind stirring across this nation, for I have plans for it,” says the Lord.  “I have great plans for it,” says the Lord. “Where the enemy sought to entrap it in the enemy’s scheme and cause it to be defiled I will not allow that to happen, my people.  For there is a remnant being raised up and I am drawing them out of the cave,” says God. “And my pastors are beleaguered. My pastors are weary,” says God, “and I am raising up an apostolic and prophetic generation,” says God; “a mighty company to break down the strongholds of the enemy and I tell you they shall prevail – they shall prevail,” says the Lord. “As the mighty foundations of my shaking rocks this nation you shall see the righteous placed in high places of government. You shall see the House of Windsor come to salvation,” says God. “You shall see such a mighty stirring that no human eyes have ever seen before,” says God. “And from the launching of the stirring of my Spirit I say to you there will be a great launching of my Spirit across the countries of this earth,” says God. “Be thou comforted this day as you walk in unity and you rise to the calling of the foundations of my apostles and prophets. Then surely I will perform my will,” says God. “I have been waiting, I have been waiting for you, my children. Arise and accept the commission I have set before you. For surely the way will not be easy, but the Spirit of God will go before you,” says God, “and I will strengthen your hands and I will open the ‘Red Sea’ and I shall cause you to possess the land,” says God. “Be thou comforted this day, for surely the hand of the Lord is upon you in your obedience,” says God.

Leisa is associated with the Inter-Prophetic & Apostolic Alliance, a relational gathering of heads of prayer, prophetic and apostolic ministries that meet as The LORD directs across the nation and beyond. (Illustration and photo courtesy of IPAA.) The IPAA’s launch last February was covered on this blog here.

For more delivered by Leisa, read the first word she brought in  God’s Mandate for the Prophetic Profiling of our Nation and the UK Nationwide Circuit Prophecies, wherein Message #1 says the Lord will give His prophets the ability to see clearly ‘My numbers’ in 2018!

[With gratitude to the creator of the splendid illustration.]