THE KAIROS MOMENT IS MOVING INTO THIS NATION. THE UK & AMERICA ARE INTERLOCKED TOGETHER FOR AN AWAKENING

Continuing from #1. Note these posts cannot cover the whole session of the ‘Maximum’ gathering, so do watch the archive video to receive Charlie’s inspirational teaching in its entirety. At 1hr 51min into the evening of 19th October he says: 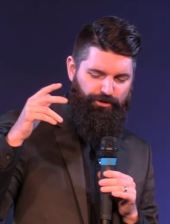 “Sometimes we’re waiting for this thing to come, when God says, ‘No don’t wait, just jump in now.’ We want to test the waters sometimes to make sure that they’re right. But God says stop testing the water and get fully into what I am doing. We look at all the circumstance and the situations that we’re facing around us, and we say, ‘Well, when the timing is right, when it’s just the perfect time.’  The Lord says says, ‘No, no, no, right now, the Kairos moment is moving into this nation, and the positioning of the supernatural and the positioning of the Spirit is what we need to step into right now; when the Kingdom of God begins to just move in such power that it cannot be contained within the four walls of the church – hallelujah! – that the door that is open to us is open so wide, that we can bring others with us…..” 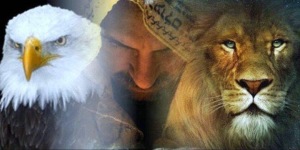 “We’re on the prophetic timetable of heaven.

“There is a pattern within the context of scripture, that when God is going to move, He positions a people in an upper room to receive what heaven has, so that the effectual door can be opened, and they will move through the door in power, despite the adversaries; despite those that would come against; despite those things which are attempting to stop the move of the Spirit. The Lord will position a people, and He will position them to receive the outpouring of his glory and power, in order so that the outpouring that takes place within them, they will in turn begin to carry it out…..”

“…..I am telling you, there is a separation coming that is going to distinguish those that carry true authentic Holy Ghost power, and those that are just religiously standing and trying to persuade people to stay within the boxes and confinements of religion. The future does not belong to religion; it belongs to Holy Ghost-filled people, and the church and the body of Christ.