A paper submitted by Mark Maddock

Isaiah 45 – The God Who Forms Light and Darkness and His message to Cyrus, a pagan world leader.

‘God’s glory is on display in Israel.

24 God, your Redeemer,
who shaped your life in your mother’s womb, says:
“I am God. I made all that is.
With no help from you I spread out the skies
and laid out the earth.”

45 1-7 God’s Message to his anointed,
to Cyrus, whom he took by the hand
To give the task of taming the nations,
of terrifying their kings—
He gave him free rein,
no restrictions:
“I’ll go ahead of you,
clearing and paving the road.
I’ll break down bronze city gates,
smash padlocks, kick down barred entrances.
I’ll lead you to buried treasures,
secret caches of valuables—
Confirmations that it is, in fact, I, God,
the God of Israel, who calls you by your name.
It’s because of my dear servant Jacob,
Israel my chosen,
That I’ve singled you out, called you by name,
and given you this privileged work.
And you don’t even know me!
I am God, the only God there is.
Besides me there are no real gods.
I’m the one who armed you for this work,
though you don’t even know me,
So that everyone, from east to west, will know
that I have no god-rivals.
I am God, the only God there is.
I form light and create darkness,
I make harmonies and create discords.
I, God, do all these things.

8-10 “Open up, heavens, and rain.
Clouds, pour out buckets of my goodness!
Loosen up, earth, and bloom salvation;
sprout right living.
I, God, generate all this.
But doom to you who fight your Maker—
you’re a pot at odds with the potter!
Does clay talk back to the potter:
‘What are you doing? What clumsy fingers!’
Would a sperm say to a father,
‘Who gave you permission to use me to make a baby?’
Or a fetus to a mother,
‘Why have you cooped me up in this belly?’”

11-13 Thus God, The Holy of Israel, Israel’s Maker, says:
“Do you question who or what I’m making?
Are you telling me what I can or cannot do?
I made earth,
and I created man and woman to live on it.
I handcrafted the skies
and direct all the constellations in their turnings.
And now I’ve got Cyrus on the move.
I’ve rolled out the red carpet before him.
He will build my city.
He will bring home my exiles.
I didn’t hire him to do this. I told him.
I, God-of-the-Angel-Armies.”

“The workers of Egypt, the merchants of Ethiopia,
and those statuesque Sabeans (= your enemies)
Will all come over to you—all yours.
Docile in chains, they’ll follow you,
Hands folded in reverence, praying before you:
‘Amazing! God is with you!
There is no other God—none.’”

… All who have raged against him
will be brought before him,
disgraced by their unbelief.
And all who are connected with Israel
will have a robust, praising, good life in God!

Are we at similar time in world history?  Yes, definitely!

i.e. There is a set length of time from Cyrus’ proclamation up to 1948 (Israel set up as a nation again); then 1967 (Jerusalem taken as the capital city of the nation) and then up to the next key date: 2018 (which is during Trump’s presidency in America).

2018 – the next key event? We’ve had the nation set up; the capital city re-taken… now it is something connected with Temple Mount in the Old City of Jerusalem.

If Trump is to act like a modern day Cyrus, then pray that He will keep in step with God’s timetable and plans for Israel and in particular what God wants to happen concerning ownership of and what is built on Temple Mount in the next 2 to 10 years.

From A Place to Meet Jesus, a blog by Richard Gazowsky, California, Dec 30th2016

‘As you look at the title of this blog, you are wondering what the P45 comet means. NASA has just announced this comet will appear on New Year’s Eve. I believe this comet (which will be passing by our moon) is a physical sign by God of a spiritual turnaround. Sometimes when God gives us a sign like this it is very simple. All we have to do is believe to see the sign.

God has told me that on January 20, 2017, there will be a birth of something new in the earth ~ a “New Renaissance”. He gave me this word on April 20, 2016 and said this renaissance will start exactly nine months to the date. This of course was before the presidential election, and all of the things that have since happened concerning our country and this election.

Then God spoke to me that there would be a comet in the sky that would be a sign to the earth. Our next president will be the 45th president of the United States, and the Lord said to me, “To confirm that He is the right choice, Isaiah 45 speaks about the prophecy concerning Cyrus His anointed.” And now suddenly, before New Year’s Eve, we see that NASA has named the comet P “45”.

It seems that God is sending a message to the earth, and we all are privileged that He has given us advance knowledge that something mighty is about ready to happen ~ and that it is going to be a blessing to everyone of us!’ 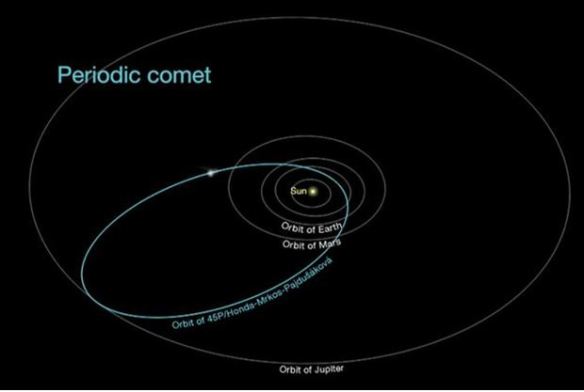 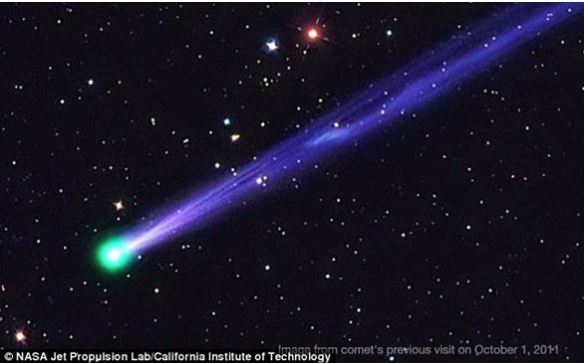 3. A PROPHECY FROM LANCE WALLNAU (USA)

‘I sent this prophetic prayer to Donald J. Trump via his partner and attorney Michael Cohen. It’s quite a great crowd of believers  in Carolina – a key State – who are part of this army rising up for America. Perhaps half this room was for Dr. Carson or other candidates. When I was done the majority was with me for reasons I share here.

I think this prophetic prayer timely, as at this time, Iowa polls are showing a slipping of support for Mr. Trump among Evangelicals who prefer Dr. Carson to Mr. Trump 33% to 18%. I think it’s time evangelicals had a conversation about the criteria for office we are looking for. We want the most evangelical choice. But what we should ask is “who has God anointed?”

Here’s what happened. I shared with this crowd an unusual experience I had the other night. I realized that the next President of the United States will be the 45th President. I got the urge to open up a new Bible that was sent to me as a gift. A Bible put together by Rabbis to give the full Hebrew expression of the New Testament to Christians. I sensed the Lord tell me to look at the 45th Chapter of Isaiah to see who the 45th President of the United States should be.

Isaiah 45:1 says…
“This is what the LORD says TO HIS ANOINTED, CYRUS, whose right hand I have grasped to subdue nations before him, as I strip kings of their armor, to open doors before him and gates that cannot keep closed.”

Cyrus his anointed? But Cyrus was not even a Jew. He was a foreigner. An outsider. But God raises up secular Kings and Rulers for the sake of His people. This was Churchill and Lincoln and even Reagan. God wants to keep the gates of heaven open over certain nations – hence Cyrus will see “gates that cannot keep closed.” The gates of Hell have plundered a lot of ground in America this past seven years. It’s time that the gates of Hell were plundered and things were restored in certain places. Heaven’s gates will open and Hell’s gates will not be able to stay locked.

Angels get involved with warfare to see the right person (even unbelievers) get into office. Gabriel told this to Daniel in Daniel 11:1 “In the first year of Darius the Mede, I arose to be an encouragement and a protection for him.” Darius and Cyrus were both rulers put into office by God for the sake of His people!

I told them my experience and asked them to consider standing behind Mr. Trump as he continues to step into the role of a rough reformer like Luther to take on the Political and establishment high places. He needs to continue his work as a divine wrecking ball to the spirit of political correctness that has been like a witchcraft muzzling and intimidating the Christian community.

Mr. Trump is not as evangelical as the other candidates, but I’ve been with him twice. He fears God as best he knows Him and he is the only Cyrus I see fulfilling Isaiah 45 for the 45th President.

There will be great warfare over this election and over this man in particular. A full tilt $100 million media campaign is about to be unleashed to slander him. I want to see the #Trumptrain on track with God’s plan.

Will you join me in the warfare to establish a Cyrus in office for the sake of God’s people and purposes?

I am sharing the following for thought and prayer:

Isaiah 45 speaks of King Cyrus, an anointed deliver God used to bring the Jewish people back to the land of Israel and Jerusalem.

Trump has committed to moving the U.S. Embassy to Jerusalem from Tel Aviv. His selection of David Friedman to be his ambassador to Israel, has raised millions of dollars for Beth El, Yeshivas and settlement in Samaria. Friedman firmly stands for Israel’s right to Judea, Samaria and East Jerusalem. Trump’s son-in-law Jared Kushner, an Orthodox Jew, Trump’s family and Trump himself have given money to the settlement communities in Samaria.