As there were questions over this quotation we’re blessed Joanne Rolston and others have verified the details (her comments thread refers – go to her blog to watch video): 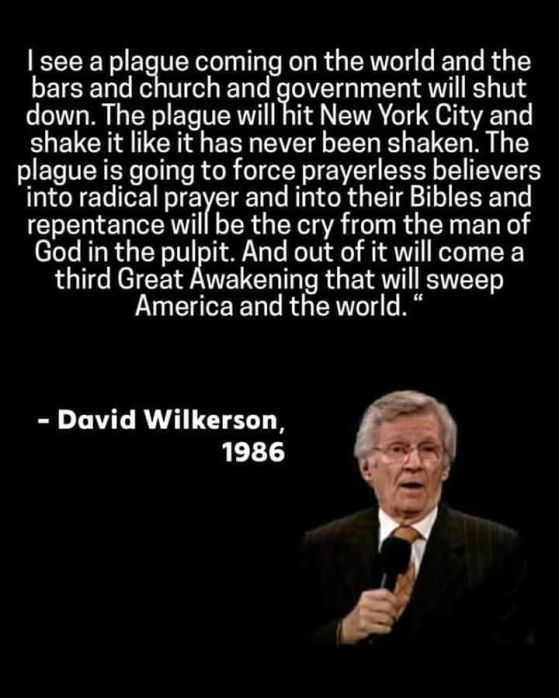 How are you doing during the Covid-19 lock down? New Zealand goes to level 3 tomorrow. My sister forwarded me this prophecy from 1986 by David Wilkerson (deceased) the founder of Times Square Church in New York and author of the Cross and Switchblade. I found it very interesting, as David Wilkerson could be speaking […]

Continue reading at A prophecy from 1986 — The Kingdom