Mark Davidson brings a brief update to his Four Signposts perspective of our approach to the End-times.  There’s another perspective too – is the Lord’s hand in this situation’s timing in very last days of Theresa May’s term as Prime Minister, and which could make the signature mark of her legacy?  In my opinion, all her actions prevented her receiving the blessings prophesied at the start of her premiership, and disregard of Donald Trump probably led to her Government’s refusal of American naval protection measures in the Gulf, as reported by previous leader of Conservative Party Iain Duncan Smith here. 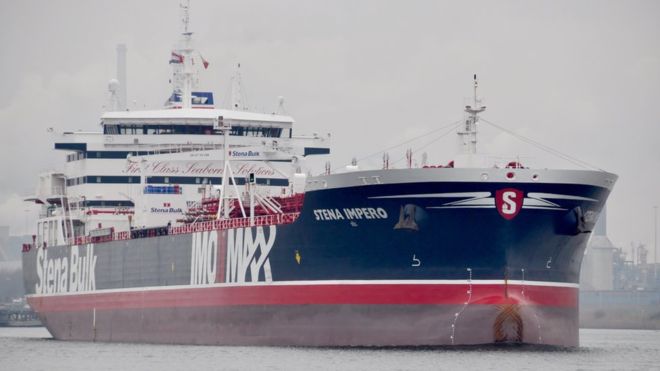 This news report tells us Iran has just seized two British oil tankers. With that, it is looking more and more like the trigger for the Second Signpost will come from Iran. It is looking like they are goading the United States into a fight, hoping to get one by escalating its attacks and thefts, […]

via Iran “Nothing But Trouble” — THE FOUR SIGNPOSTS