This vision, which I read via UK Prophetic Words, is particularly interesting in view of the cusp of August-September being an anniversary of insights into the Kingdom for Britain and the USA (next posts will refer):

I wanted to share something real quick that was very powerful, last night during a time of prayer a powerful vision opened up before me where I SAW A RAINBOW WHIRLWIND COMING OUT OF THE HEAVENLIES WITH GREAT ACCELERATION AND UNSTOPPABLE MOMENTUM, NOW AS I WATCHED THIS INCREDIBLE WHIRLWIND I COULD SEE WITH GREAT CLARITY THE 7 COLOURS WITHIN THE WHIRLWIND, EACH OF THE COLOURS OF THE RAINBOW SWIRLED AND WHIRLED (my spirit being became entirely captivated and almost overwhelmed by its STRENGTH, BEAUTY AND GREAT POWER), EACH COLOUR OF THE RAINBOW MOVED IN WAVE LIKE MOTIONS, EACH COLOUR LOOKED ALIVE AND EACH COLOUR CARRIED A CERTAIN SOUND AND THE 7 SOUNDS THAT I HEARD COMING FROM DEEP WITHIN THE WHIRLWIND CAUSED A STRONG VIBRATION IN THE SPIRITUAL ATMOSPHERE, NOW AS I DREW A LITTLE CLOSER IN THE VISION, I COULD TANGIBLY FEEL THE ‘SOUND VIBRATIONS’ MOVING THROUGHOUT MY SPIRIT BEING, LIKE A TUNING FORK I BEGAN TO FEEL A POWERFUL AND DYNAMIC RESONANCE THROUGHOUT MY MIND, EMOTIONS, BODY AND SPIRIT A SUDDEN AND DIVINE SHIFT AND CHANGE BEGAN TO TAKE PLACE, A SUPERNATURAL REALIGNMENT BEGAN TO HAPPEN, I FELT MY SPIRIT BEING LIFTED HIGHER AND GOING DEEPER, THE EYES OF MY SPIRIT BEGAN TO SEE IN A TYPE OF 3-DIMENSIONAL WAY, I FELT A SUPERNATURAL QUICKENING TAKING PLACE OVER MY MIND AND ALL OF MY SPIRITUAL SENSES BECAME HEIGHTENED.

NOW AS I KEPT WATCHING, LISTENING AND FEELING IN THIS POWERFUL ENCOUNTER SUDDENLY I SAW THE MIGHTY MULTICOLOURED WHIRLWIND BEGIN TO MOVE ACROSS THE NATIONS OF THE EARTH AND I SAW ANCIENT WELLS BEGIN TO OPEN UP OVER THE LAND IN DIFFERENT NATIONS, I KNEW BY DIVINE REVELATION THAT THESE WERE THE WELLS OF REVIVAL, THESE WERE THE WELLS OF ABRAHAM, ISSAC AND JACOB, THE SOUND WITHIN THE WHIRLWIND CAUSED A GREAT SHAKING AND A SHIFTING TO TAKE PLACE OVER THE NATIONS, THIS WAS THE SOUND OF REVIVAL, THE SOUND OF A GREAT AWAKENING, THE SOUND OF REFORMATION IN THE NATIONS, then suddenly I heard these words going forth over the Nations,

As I came out of this powerful vision I began to pray in the Spirit and it was quickened to me by the Holy Spirit (Ephesians 3:10, which says, “The purpose of this was to unveil before every throne and rank of angelic orders in the heavenly realm God’s full and diverse wisdom revealed through the church”! OR “His intent was that NOW, through the CHURCH, the MANIFOLD WISDOM of God should be made known to the rulers and authorities in the heavenly realms”! 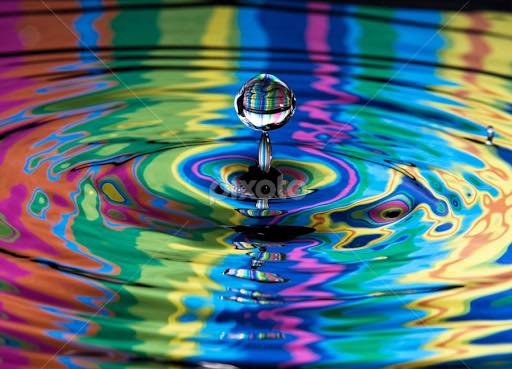 PS; Today I released a word to a Church in London where a month ago while visiting this Church I was shown in a vision “A WELL” and as I drew closer to the Well in the vision I saw that the waters within the Well were multicoloured like that of the rainbow and immediately the spirit of God spoke to me from the book of Revelation; “Revelation 4:2-5, ‘And immediately I was in the spirit; and, behold, a throne was set in heaven, and one sat on the throne. And he that sat was to look upon like a jasper and a carnelian stone: and there was a rainbow round about the throne, in appearance like unto an emerald. And round about the throne were four and twenty thrones: and upon the thrones I saw four and twenty elders sitting, clothed in white clothing; and they had on their heads crowns of gold. And out of the throne proceeded lightning and thunderings and voices: and there were seven lamps of fire burning before the throne, which are the seven Spirits of God.
As I pressed in deeper to the vision the Spirit of Revelation showed me that the WELL WAS AN ANCIENT WELL, that the waters of the Well were the Seven Spirits of God and that MANY would be drawn from all four corners of the Nation/S to this Ancient Well and that this Well would become a place of DIVINE IMPARTATION AND ACTIVATION, and that all those who would drink of the waters would be REVIVED AND RESTORED, for this is the WELL THAT CONTAINS THE NEW WINE, and those who drink from the Well will NEVER THIRST AGAIN but they will become FULLY AWAKENED, THEIR SPIRITS WILL BE IGNITED WITH THE FIRES OF REVIVAL. The Spirit of Revelation clearly showed me that He is about to UNCOVER AND UNCAP THE ANCIENT WELLS OF REVIVAL ONCE AGAIN ACROSS THE NATIONS OF THE EARTH.
SO FRIENDS, WATCH! FOR THE WHIRLWIND OF ELIJAH DRAWS NIGH, LISTEN! FOR THE SOUND OF A GREAT REVIVAL WILL BE HEARD, GET READY! FOR THE MANIFOLD SPIRIT OF WISDOM NOW BRINGS FORTH A GREAT AWAKENING, FOR A NEW DAY IS DAWNING IN THE NATIONS OF THE EARTH…!
Note; RAINBOW COLOUR AND THE 7 SPIRITS AS SEEN IN ISAIAH 11 AND THE BOOK OF REVELATION
Red – Spirit of the Lord
Orange – Spirit of Wisdom
Yellow – Spirit of Understanding
Green – Spirit of Counsel
Royal Blue – Spirit of Might
Indigo – Spirit of Knowledge
Violet – Spirit of the Fear of the Lord.

2 thoughts on “A Great Awakening dawning in the nations – Veronika West (GPS #20.1)”